What Is Wealth Distribution?

What is wealth distribution when our beloved United Nations figures out of a way to play the global Robin Hood? We call it global socialism and they are knocking on America’s door. 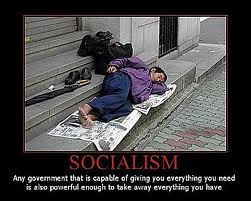 It is not surprising at all that the U.N. is trying to play the part of the global financial police.

What is wealth distribution? They have lots of interesting ways to dip their hands into the wealth of America and its sovereignty.

What makes things even more sickening is that there are many members of our Congress that are seriously looking into the possibility of these measures for wealth distribution in America.

The plan is to implement several global taxing proposals in a global wealth distribution scheme that would funnel some of the wealth of America’s citizens to much poorer nations.

What Is Wealth Distribution
UN Style?

What is wealth distribution in the eyes of the UN? They have a comprehensive 8 point plan that will turn your stomach.

1) Global Wealth Tax – The U.N. World Economic and Social Survey thinks it would be wise to levy a 1% tax on every billionaire on the planet.

2) Financial Transaction Tax – This proposal would draw .005% from financial transactions involving the banking systems and possibly more. Of course, the poorer nations would be exempt.

3) A Climate Tax? – This tax has already been lauded by UN officials as a way to redistribute wealth globally. Understandably, our President Obama has already suggested introducing a climate tax levied upon travelers going overseas in such a way to bypass approval by the U.S. Congress.

4) A Social Injustice Prevention Tax – This would be money in the pockets of UN overseers responsible for correcting social injustices internationally.

5) An Internet Tax – This could easily be levied upon consumers when they purchase their internet provider plan. Think of the money this would generate for the UN.

7) Resource Sustainability Tax – This has already been documented in the U.N.’s Agenda 21, which seeks to tax and regulate American consumption of resources related to private transportation vehicles, property ownership, the availability of travel choices, and population control.

8) A Firearms Tax – This ploy is deceptively referred to as a small arms Treaty which would implement global regulations upon the ownership of firearms. This directly attacks our Second Amendment constitutional rights.

What Is Wealth Distribution – A Response

What is wealth distribution using socialistic principles? Individuals must fund the global state’s agenda. Does all this sound unrealistic and far-fetched to you?

Nothing would surprise us after what we have seen these past 4 years.

Delegates from the Republican National Convention are looking at measures geared towards rejecting the United Nations efforts at wealth distribution.

This is a sad day indeed when legislative efforts need to be introduced to preserve American freedom and stop American tax dollars from going into the UN coiffures.