As Believers in Christ, we are supposed to faith people who live by faith every day. Faith isn’t something we try out when things get tough. It is our way of living, no exceptions and definitely no excuses.

Ohh, I believed for for that promotion and ended up  getting laid off. I prayed and believed for my cousin to be healed of cancer and they still died. These kinds of things should not shake us. Psalm 62: 6 says, “He is my Rock, my salvation, my place of refuge, I will not be moved.” Have you ever heard of tough love? Well maybe there is such a thing as tough faith.

Real faith is not wimpy, but can stand when those storms come and try to beat down your 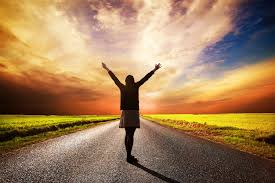 house. Jairus was in such a huge struggle when he discovered his daughter was ill and dying. It looks like the importance of this passage was not lost with the gospel writers since 3 of them include an account of this in their writings.

Jairus has asked Yeshua to heal his girl and receives the news that his daughter has died. That message must have been a tremendous blow to him. Yeshua’s response to this news is even bigger when He tells Jairus to: “ONLY BELIEVE”. He was telling him not to give up and not to lose faith.

We need to scream these simply 2 words to ourselves on a regular basis like scripture says in 1 Sam 30:6 when David encouraged himself in the Lord after learning that his group had lost their families and possessions. ONLY BELIEVE should be the Christian’s motto.

Never lose faith in God’s promises no matter what the circumstances are telling you, no matter what the report is from the doctor or the bank. Our faith is what keeps the portal open to our blessings. Yeshua has completed His work here and paved the way for us to have victory over every obstacle.

Keep standing and ONLY BELIEVE in His promises.