America The Great Was Free

America the great has handled many challenges since it was first born. Men and women and families sacrificed so much because they had a dream to live in a place where they could serve and worship God freely. 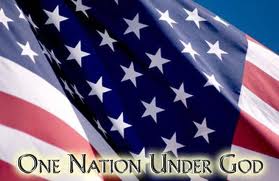 That freedom came with a price. America the great came to be because God’s favor was upon those men who were willing to resist a government that attempted to keep those freedoms in check.

That freedom, which includes the ability to develop and creatively express yourself and pursue your God-given purpose, was then severely challenged over the issue of slavery. America was torn in two for a while.

It was again challenged with a devastating economic depression and two world wars. America the great stood tall and strong until a movement took place in the entertainment industry.

That movement basically said the pursuit of pleasure will not be restrained by anything. America the great chose to forget where its greatness came from. It is amazing how so much can change in fifty years.

There is some hope in the fact if America has dropped so far in so short a time, it can rise back up and be restored even quicker.

America The Great – Where Are You?

America the great is more accurately described now as America the disgusting. Our news coverage recently has been dominated the past SEVERAL days by the pictures of a British princess’ chest. This is beyond sad.

It would be easy to blame our news agencies but they are only going to report what sells, and America continues to buy into all sorts of lustful adventures.

America seems to be more concerned with being entertained than pursuing the excellence of their destinies.

America the great is more focused on discovering the variety of ways someone can get a free ride. It makes little difference whether it is ethical or not, let alone whether it is immoral or not.

The values that brought this nation to its place of greatness are disappearing fast. Excellence and integrity take a back seat to convenience and mediocrity. America’s motto has become, what can this country do for me.

Are there people left in America who are willing to sacrifice some of their self-seeking adventures to pursue something greater than themselves?

Are there people willing to devote their time and money to make their community a better place to live by impacting real lives?

Look around you. There are families hurting. Single moms and the elderly are pretty much on their own. The institution of the family is barely surviving now.

Where has America the great gone? It has been thrown under the bus with God. Time magazine asked – Is God dead? – on it’s cover in 1966.

The question is totally off mark. The question should have been – Is God dead in the hearts of Americans?

Where has America the great gone? It has gone to sleep with the court decisions that took God out of our schools, that legalized the murder of unborn babies, that and removed God from public life, and are trying to redefine marriage and the family.

The people have embraced themselves as a false god.

God gave a warning that if we forgot Him, forgot all that He has done, and forgot His ways, we would perish.

America The Great Can Be Restored

America the great, can you hear me? I believe that the Church and the homeschooling movement are the keys to restoring our nations to its former greatness. We will soon see.

P.S. Do you want to see AMERICA THE GREAT restored? Join together with other Christian men to see your destiny and your family’s destinies fulfilled at the link above.