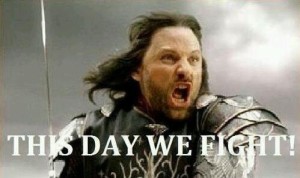 We cannot sit idly by and let this country which was founded on His principles became a wasteland for the devil’s work! Make your appeal: anappealtoheavenflag.com

Will we stand up and fight and war and do all that is so very necessary for such a time as this? Luke 10:19 “Look, I have given you authority over all the power of the enemy, and you can walk among snakes and scorpions and crush them. Nothing will injure you.”

I have been extremely thankful for the amazing teachings I have been blessed to hear regarding
the authority we have in Christ over all the work of the enemy. Through knowing and exercising this authority, I have seen marriages renewed, people healed, prayers answered, our state shift, doors open, children rescued, lives restored, blessings come forth, miracles happen, and so much more. God is so extremely faithful! Yet, I have so much to learn, and have also experienced failure in this area many times in the past.When I was a new born-again Christian, the enemy seriously ate my lunch. By the Lord’s grace I have gained prowess.
Months ago, when I received two traffic tickets within a few weeks time, I felt like the Lord began speaking to me about “going to war” over something as relatively non important as this. I believe He told me in His own very beautiful way, to fight the tickets because they were clearly an assault from the enemy. Instead of doing exactly that, with the first ticket, I paid the fine rather than doing some simple tasks to fight it, and keep it off my record.
I knew in my heart that the Lord wanted me to fight these tickets, and keep my record clean. I was upset that I hadn’t obeyed Him, because I really do try to obey whatever I believe He is saying to me. As I sought Him, I heard the Lord remind me that the enemy will attempt to change laws and times. Daniel 7:25 “And he shall speak great words against the most High, and shall wear out the saints of the most High, and think to change times and laws:”….Guess we all can attest to knowing very well that the enemy’s plan is to wear us out, but we also can testify that our Father in Heaven has given us victory and every key needed to overcome through Jesus.With the second ticket, I knew I had to obey. I fought it in every way I could through faith, standing on His Word, doing what I had to do practically, and going to court multiple times even though it was a far distance. It was totally dismissed without any consequence. This whole event has its own special testimony of how cunning the enemy is, and how God works what the enemy means for evil for good, but for another day!

Israel should be for us a perfect example for the need to fight. What a beautiful amazing country that has had to fight every step of the way to fulfill its destiny, and yet it has always been the apple of God’s eye. I am sure they would like the option of resting, and forgetting the warring day by day. They live under a constant threat of war, and a simple drive to the grocery could mean running to a bomb shelter before getting to the checkout line. Thank you God, for blessing and protecting Israel!

Fighting isn’t something that just comes naturally to many of us. I think most of us, especially Christians, don’t like fighting at all. This fact has made us seem extremely passive-almost pushovers. It is possible that with many of us, there can even be a tendency to just give up when things get kind of hard. We must remember that we, like Israel, must war. We are warriors, patriots, Davids- all fighting our Goliaths on behalf of our King! (Even David suffered gravely when he chose not to war.) Truly with a warrior mindset we will recover all, and always triumph. I believe God put this ability deep within our DNA!

Song of Solomon 6:4 “You are as beautiful as Tirzah, my darling, as lovely as Jerusalem, As awesome as an army with banners.”

We don’t have to look very far to see the enemy raging against us, and those we love. Will we choose to go to war against him, or will we let what Jesus did be completely for naught?
I love this quote from The Return of the King.
The Lord of the Rings: The Return of the King (2003)
Aragorn: “Hold your ground; hold your ground…my brothers! I see in your eyes the same fear that would take the heart of me. A day may come when the courage of men fails, when we forsake our friends and break all bonds of fellowship, but it is not this day. An hour of wolves and shattered shields, when the age of men comes crashing down! But it is not this day! This day we fight! By all that you hold dear on this good Earth, I bid you *stand, Men of the West!*