Many people have questioned my belief regarding a woman’s role in the church, and my role as my husband’s helpmate. Like any other truth I live by, the way I came was purely Spirit led, and once He has said it,  it has stuck to me like glue, and like Jacob, I can not let go! 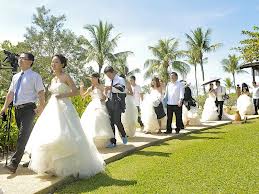 I would like to give a brief background of my life to get started.

There I was a bride, newly born again, and very happy, thinking everything was going to be perfect.

I can remember my husband telling me that when his sister first met me she felt I was naive to the prowess of the enemy. How very right she was, since I didn’t have a clue. I started learning that the enemy did not  turn the heat off when I became born-again, but he turned it up that much higher.

Meeting Mike was a dream come true.  The interest he took in my life was a blessing from the Lord. I would never let myself think about him and myself since I was getting a divorce and had two children.

Through the Lord’s grace and mercy, everything changed!  Mike was standing there in the aisle at church on Resurrection Sunday, asking me to marry him.  I had given him up to the Lord, and asked Him for only His best for Mike. Was that really going to be me? If my Daddy in Heaven said I was, I must be.

Our beginnings were rather interesting.  A new father dealing with two sons who were dealing with the harshness of divorce, a born-again mom acting very differently, and many new adjustments.  I had become so liberal with my sons due to the fear of losing them, even the mildest of correction seemed too much for them to handle.

As for me, having married young, then divorced, then leading the family as a single mom, and now learning to trust, and submit, my fears and insecurities were trying to take me over.

Though these days were glorious in so many ways, some things were more than difficult, and like Job, what I feared was coming upon me.  The worst case scenario was my sons deciding to move out of my home. This was devastating given they had been the center of everything prior to becoming born-again.  How could I survive without them?

My Yahweh-sent husband tried everything to help me, but it was only the Lord that sustained me, and His Word became my food.  The Lord met me in incredible ways and His Word gave me life.  The Lord used the scripture found in Deuteronomy 8:3 to keep me alive, “He humbled you and let you be hungry, and fed you with manna which you did not know, nor did your fathers know, that He might make you understand that man does not live by bread alone, but man lives by everything that proceeds out of the mouth of the LORD.”

I literally went through two Bibles till they fell apart, because of my need within, and the help it was supplying. Revelation was crashing upon me like lightning bolts.

In one of my quiet times, the Lord showed me the following scripture in I Corinthians 11:”For a man indeed ought not to cover his head, forasmuch as he is the image and glory of God: but the woman is the glory of the man. For the man is not of the woman: but the woman of the man. Neither was the man created for the woman; but the woman for the man. For this cause the woman ought to have her head covered because of the angels. Nevertheless, neither is the man without the woman, neither the woman without the man, in the Lord. For as the woman is of the man, even so is the man also by the woman; but all things of God. Judge in yourselves: is it comely that a woman pray unto God uncovered? Does not even nature itself teach you, that, if a man have long hair, it is a shame unto him? But if a woman have long hair, it is a glory to her: for her hair is given her for a covering.

At the time, the Lord really zoned in on this scripture, and He would continually ask me to reside there, actually for years. What I have learned about Yahweh, once you are willing to tune in regarding a certain area, flood gates open. A river of confirmation overflows until you are completely saturated with this truth. He did this regarding the woman issue, as well as areas of healing, speaking, tongues, baptism, celebrating His appointed feasts, and on and on and on.

I realized I was made for my husband’s glory, and my life’s calling was to see my husband bring glory to the Lord in every way.  It really changed my focus, and allowed me to submit more graciously.

Ministry contacts abounded to us regarding this fact. Personal life experiences were completely echoing what He was teaching, and confirmation upon confirmation was unlocked.

The best part was every time I submitted to this truth, I would get blessed and my husband would be elevated.

This truth is not widely shared in most churches, and so for the most part, I have kept it under wraps, except for how I lived, and how I trained my children.  Most people feel that scriptures such as these were only meant for a particular period of Biblical history.

An example of this is found in I Timothy 2:11 “A woman must quietly receive instruction with entire submissiveness. But I do not allow a woman to teach or exercise authority over a man, but to remain quiet. For it was Adam who was first created, and then Eve.”  We see here that Paul is making sure this concept gets universal application by referencing the most broad application to women through Eve.

The more I study this issue, the more I am convinced.  I have read respected authors and scholars and pastors take on this.  Still, Holy Spirit’s truth is rock solid.  As for me I prefer to be remembered as Esther, not Vashti!

I won’t try to convince you regarding any of these scriptures. No one could have convinced me about any of it.  Only the Lord can guide us into all truth by His Spirit. If you seek, you will find the scriptures all echo this truth.

Heavenly Father, Please help us rightly divide every jot and title of Your Word.  See if there be any wicked way in us and lead us in the way that is everlasting. Take us deep inside Your truths to unlock every false belief we may have.!In the name of Yeshua, Jesus, our Savior we pray. Amen!

The Glory of Man?

I was made for the glory of man?  This was the question I began to ponder over 21 years ago as a new bride. Whenever I spent time alone with the Lord, He would continually show me these scriptures about the glory of man found in 1 Corinthians 11:7-17! 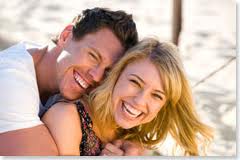 I grew up in church, and I never remember hearing anything so strange. Weren’t each of us made for God’s glory?

In verse 7, we read “For a man ought not to cover his head, since he is the image and glory of God,but the woman is the glory of the man.”

This may be very difficult for many women to stomach. This passage is saying our God-given calling is related to the fact that we were created FOR man. Our purpose in pleasing God is directly connected to the glory of man.

“Judge for yourselves: is it proper that a woman pray to God uncovered? Does not even nature itself teach you, that, if a man has long hair, it is a shameful?”

“But if a woman has long hair, it is a glory to her, for her hair is given to her as a covering. But if any man seem to be contentious, we have no such custom, neither do the churches of God.”

As I began to meditate on these verses, I could see clearly that my purpose on this earth was extremely important for the men in my life to bring glory to my Creator. I was not made for God’s glory, but for the glory of man.

The Glory of Man Question

I was now faced with discovering how I could bring glory to man?

I had no idea the kind of opposition I would receive. Because I believed this, many friends and family members thought I was putting myself down. Nothing could be further from the truth.

First off, this verse is not about whether you need to wear something on your head. I believe this is where the church has gotten off on a bunny trail, and missed the whole point.  Paul says there is no set command in the church regarding a head covering in verse 16.

Amazingly, as the Lord always does in my life, He began confirming His Word to me through many Bible teachers. Even with all the opposition, I was convinced this is what God’s Word was saying.

How do you adjust your life knowing this truth?  Now, instead of it being all about my agenda, it is about my husband and the men in my life fulfilling their destiny. It is about the glory of man.

It is about me assisting them to do all that the Lord requires so that they can bring Him glory!

Walking Out The Glory of Man For A Woman

How can you do this and live a rewarding life?

1) Meditate on His Word and ask God what He wants you to do. Investigate this whole idea, don’t just take my word for it.  You will do much better with things when you hear from Him yourself.

2) Find ways to bring glory to the men in your life by encouraging them, assisting them, praying for them, and submitting to them.

3) As you are led, spread this truth to others, and

4) Exercise your faith daily! Everything that is not of faith is sin. If you can’t get your faith wrapped around this, then don’t do it at all.

As you begin to bring glory to man, the men in your life will bring glory to God. In this, you will be acting as Christ in laying down your life for another.  The rewards on earth and in heaven are exceedingly abundantly above all you could ask or think!

P.S.  Seeing THE GLORY OF MAN fulfilled in the lives of your husband and sons is an awesome thing. Discover another powerful way that you can step into the fullness of God’s grace for your family at the link above.