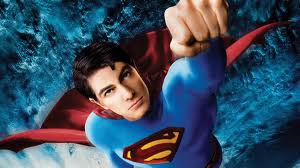 Do you want your husband to be remembered as a Superman or a Benedict Arnold? What are you doing to hinder or assist your husband’s destiny? That is the question.

I was listening to a CD regarding how important the wife’s role is, in her husband fulfilling his destiny.  As I listened, I learned of some notable historic figures, and the influence of their beloved spouses.  Some had tremendous outcomes, while others had horrible results.

As I thought about the consequences, I couldn’t help but look at my own life in retrospect to see the kind of influence I was having on my very own husband. Was I furthering His God given purpose, or had I done anything to choke it out?

Though my heart was to see him advance fully, I couldn’t help but think of times, I may have said something, or done something that wasn’t completely supportive. Had I influenced him in some way to move away from his calling?

Had any of my fears constrained him from doing what he was born to do? Would he have been farther along without my intervention in some areas?

I needed to further seek this out with all of my heart.  After all, I was a woman who truly believed God’s Word, every jot and title, even the part about being made for the glory of man.

I believe some discussion of the two following historic figures may help get my point across.

The first is Benedict Arnold. Did you know that he was considered a patriot and a hero for much of the Revolutionary War.  History barely mentions any good he did. All we remember is his name as the word for a traitor.

Benedict fought against the British forces bravely, and Congress made him a brigadier general because of his prowess. Though he had some ups and downs, it wasn’t until he married a British loyalist that he turned to treason.  Her influence has been said to be the reason for his actions.

I sincerely doubt the Lord’s desire was for him to end his life lightly esteemed even to the British, and known in history as a traitor, only second to Judas.

On the other hand, we find lots of examples of women who influenced their husbands to greatness. Right now, I’m thinking about Noah’s wife.

Noah needed lots of support, and no complaining, or whining, or making fun of His vision. Do you realize what the consequences would have been for her negative influence? We may all have been finished before we got started.

With all this on my heart, later that evening, I sat down with one of my daughters to watch a DVD of the Superman series we had been viewing together.

There I was enjoying this good, but corny show with my daughter when guess what the episode was about. In some alternate reality, Clark never meets Lois, but is about to marry his high school sweetheart.  This sweetheart is no sweetie, but ashamed of his amazing gifts.

She convinces Clark to not use these gifts, but hide them instead.  All the good superman could do, and he was handicapped by a complaining, overpowering, and very persuasive bride-to-be.

I knew the Lord was zeroing in on me. I had to admit, that though I am very submissive, humble, supportive and amazing…lol, I could actually see a small part of me in this extremely disgusting character found in Clark’s bride-to-be. All I could think was, forgive me Father for I have sinned.

My prayer is for each of us as wives to take a second look, and ask ourselves some of these questions.

Thank you Lord for making us the perfect help mates for our husbands so that they achieve the greatness you put into each and every one of them. Continually shine your light on places we need to see more clearly! Amen!