What Is Home Education?

What is home education when you stack it up next to the glowing achievements of public school education? We would say it is a slam dunk or maybe a home run compared to a double play. 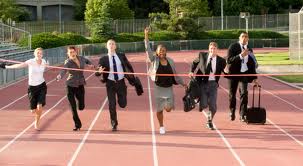 First of all, we have been homeschooling parents for over 15 years. Neither of us were homeschooled as youngsters, but have found the benefits of homeschooling to be off the charts.

We also worked in a public school setting for 8 years and have personal experience from both sides of the coin.

What Is Home Education-  Academics and Safety

What is home education when it comes to academics? The public school education system relies tremendously on standardized testing to evaluate academic progress.

Homeschooled students have consistently scored over 30% points higher on the standardized tests.

Because we were part of the system, we know that the entire public school system now “teaches to” the standardized tests. They have no choice. Almost all of their performance indicators are geared to the students’ performance on these tests.

What happens when we look at college performance? While the numbers aren’t as impressive in the primary and secondary schools, homeschoolers attending colleges have better average GPA’s by .30 points and have a better graduation rate by 9%.

What is home education when it comes to safety and crime? What we are about to say is shocking and it comes from a 2011 US Dept. of Education report covering the 2009/2010 school year.

Over 1.8 million incidents of violence occurred in the public schools in America for this school period. They included incidents of rape, sexual battery, assault,robbery, simple theft, weapon and drug possession, and vandalism.

And here is the real kick in the gut. Most of these violent incidents occurred in the primary schools as compared to the middle and high schools. Outrageous!

When it comes to safety in the home schooling environment, the most heinous crimes range from grand theft cookie to possession of a Star Wars light saber.

What Is Home Education-Social Skills and Morals

What is home education when it comes to social skills and morals? The classic argument that the general public have against home education is the lack of socialization.

Studies have conclusively shown that the homeschooled students have better manners, show better communication skills, and are more mature and responsible.

While all these characteristics are subjective in nature, we think that the average person would rather their children not receive social skills training from an environment full of bullying, sexualized peer pressure, and materialism.

What is home education when it comes to morals? The public schools have no morals other than the “quippy” school mottoes and standards of excellence plaques on their walls.

While public schools preach a standard of respect, honesty, and integrity, they have divorced themselves from the only source of true morals – Jesus Christ.

No wonder surveys from school students indicate such a high rate of cheating which is close to 80%.

What is homeschooling? It is a big answer to the ills of today’s society. The parent’s role as educators of their children is an honor and a duty that most parents have sadly thrown under the bus.

P.S. WHAT IS HOME EDUCATION? It is a huge step towards your children achieving their destiny. On-line Courageous Men’s Destiny Teams are forming now to propel you towards your God-given destiny at the link above.