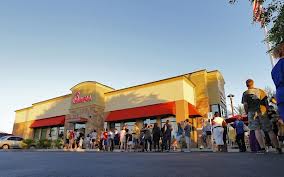 You will find the latest Chick-Fil-A information getting more interesting as time goes by. America must feel quite privileged to have the center stage for one of the most twisted pictures of modern society. 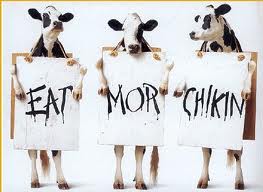 This is the same culture that produces theater murderers and concludes that we must come up with more strict gun control laws. Is anybody talking about
healthy family dynamics and easy access to prescription drugs or pornographic websites?

A soul is a fragile thing. What can we expect when our young men and women have free access to the vilest imaginations of mankind through the internet?
Adding to this is free access to schematics on how to make bombs and set sophisticated booby traps.

I’m getting back to the Chick-Fil-A information.

The President CEO of Chick-Fil-A, Dan Cathy, has the audacity to say that his company supports the Biblical definition of marriage. By the response of our
responsible and ethical media, you would think he just suggested that the meat industry is responsible for America’s epidemic heart disease problem.

How dare he apply Biblical principles to the operation of his company! How dare he express an opinion about the condition of our misguided culture that walks in arrogance before God in trying to redefine marriage. I applaud Dan Cathy’s boldness and truthfulness.

Following this, the country gets an eye-opening dose of true tolerance from the mayor of the great city of Boston. He announces that any business permit
request from Chick-Fil-A to open its restaurant doors in Boston will never pass his desk. His desk – the king of Boston.

After this glorious display of America the free in Boston politics, the upstanding and character-filled mayor of Chicago brilliantly follows suit. This latest Chick-Fil-A news is actually helping their already thriving business which went to the tune of $4 billion in sales last year.

Are company presidents free to make statements involving morality and dare to recognize the value of Biblical principles in America? They are, and if the American public is inclined to choose not to “eat mor chikin”, they are free to do so.

Are public elected officials in America free to foolishly make statements of denying a business the right to open its doors in their city because of issues of morality?

I guess they are. They can also expect to have every civil lawyer in town serving them a subpeona. This kind of behavior may be expected from officials of a
socialistic country like Cuba or China. But America?

It appears that some semblance of sanity has returned to the Boston mayor since he has recanted his absurd but “tolerant” position. I’m not sure that this will
ever be the case for Chicago’s mayor.

The latest Chick-Fil-A information reveals that many conservatives have publicly spoken out in favor of the position that Dan Cathy has communicated. The
response has been to organize a Chick-Fil-A  appreciation day.Will you finally make a stand and make your position known for Biblical family values?

Your local Chick-Fil-A will be looking for you. Will you be there to “eat mor chikin”?