What Is Obedience To God?

What is obedience to God when your government tries to erase all mention of Him? What does obedience to God look like in a country where its leaders and judges try to remove Him from society and put Him in a box? 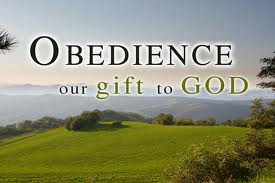 Being obedient to God in circumstances like these means having the courage to take a stand and to speak out. If you are sitting back hoping that things will magically change, things will most likely continue to get worse.

What Is Obedience To God Keys?

Let’s take a look at how to be obedient to God in these challenging times.

What is obedience to God when it comes to His standards? It means refusing to compromise God’s standards even if it means you will be dealing with opposition
and ridicule.

It also means standing for the truth that is established in God’s Word. Jesus stood up to the leaders of His day and was not scared to speak up. God has given us a voice and we should use it when we see ungodliness being called good.

The church has failed miserably in this area for the past 50 years. That’s why in America, we have legalized murder of the unborn, the redefining of marriage, and lawless public schools.

What is obedience to God when it comes to influencing others? We are called to makes disciples. That means loving and serving but it also means being an agent of change in your community and with your community leaders.

What Is Obedience To God For The Church?

God never said government was an arena for the church to avoid. He said we are to be the head and not the tail.

That means Christians should be in positions of leadership so that they can ensure that government truly acts as God’s ministers, which Paul refers to in Romans 13. As God’s ambassadors, we have the authority to change the course of a nation.

You would never know that by reading the history books in America’s schools today. A small group of men looking to honor God set the course for the United States of America.

What is obedience to God when it comes living as a people of faith? Again, the founders of our nation stepped out in faith when all odds were against them to birth forth  a nation where there would be freedom to worship and serve God. These men were willing to back that up with their lives.

What is obedience to God in a country that despises Him? It is living the Christian life of faith and love with boldness and raising up a new generation to do the same. Be obedient to God and watch your nation shift once again.

P.S. WHAT IS OBEDIENCE TO GOD in your life? On-line Courageous Men’s Destiny Teams are forming right now to help you find out at the link above.